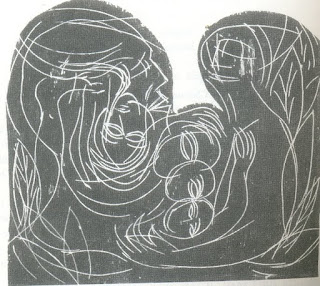 A note on AZHAGIYASINGER, Editor, Navina Virutcham, a Little Magazine in Tamil .

Original name Chandramouli. He has been contributing as a poet, short-story writer and also the editor of a Tamil Literary Magazine by name Navina Virutcham, actively engaged in doing his might to enrich Contemporary Tamil Literature. So far, his two poem-collections titled ‘Yaarudanum Illai’ ( ‘With None’ - 1995) and ‘Tholaiyadha Dhooram’( ‘The Distance That Never Ceases To Be’ – 2001) and also a volume of his full collection of poems have been published. Already three short-story collections of Azhagiyasinger have been published. His short-story titled Uncle has fetched him the prestigious Katha Award. And, he has received the esteemed ‘Thirupur Thamizh Sangam Award for his translation-work titled ‘Yugantha’. Azhagiyasinger’s poems and short-stories have been translated into English, Hindi , Punjabi and several other Indian languages. Single-handedly and steadfastly, unmindful of the fact that his literary efforts have not been duly recognized, he has been publishing the Tamil Literary Quarterly ‘Navina Virutcham which has provided place for many a promising writer and poet to prove their worth for the past 20 years. He is the compiler of the Anthology of Virutcham Poems titled .Virutcham Kavidhaikal’. Azhagiyasinger has also published quite a number of meritorious works of contemporary writers through VirutchamVeliyidu (Virutcham Publications). And, he has organized many a literary meet as part of his Virutcham activities. He is working as an officer in Indian Bank and now stationed in Myladuthurai, Tamil Nadu. His family lives in Chennai.

AN INCOMPREHENSIBLE PROBLEM
(a short-story in Tamil captioned ‘Puriyaadha Prachinai)

There was a phone-call from Padmanaban. I felt really surprised. For the past four years I have never received any call from him. After getting a transfer and shifted to Pandanallur he had never contacted me. When he was in Chennai we were very good friends. And, we used to go everywhere together. Moreover, both of us live in West Mambalam. Still we are living in this area only. His family is still residing in West Mambalam. He alone is staying in Pandanallur. In fact, Pandanallur is 28 kilometres away from Myladuthurai. He is staying in Mylduthurai and I am working as a stenographer in the Head-Office.

After his transfer I had seen him just once. He had thinned. But, I couldn’t talk to him for long. As per the rules of our Office if some official is transferred within Tamil Nadu then he or she should be there for ever. After Padmanaban left Chennai I felt really miserable. When he was here we would never fail to go and have Pongal and Coffee in Saravana Bhavan every Sunday. But, after he left Chennai I didn’t feel like going to the Hotel and eating all by myself.

In course of time I had almost forgotten Padmanaban. Hence, when I heard his voice over the phone, that too early in the morning, I felt greatly surprised.

Translated into English by latha ramakrishnan