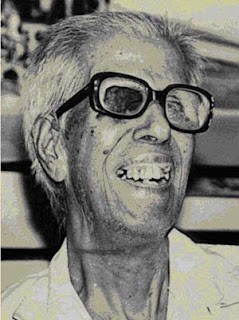 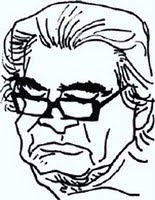 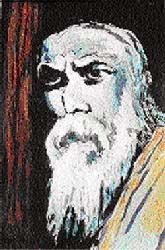 This year (2008-2009) marks the completion and celebration of fifty years of Tamil pudhukkavidhai movement as golden jubilee year. Exactly fifty years back, Kaa.Naa. Subramanyam, a pillar of Tamil New Literature, in an article on poetry, named and termed the then budding Tamil poetry as pudhukkavidhai, meaning new poetry, which began even a quarter of a century earlier than that, after the great poet Bharati, to be precious, with a poem titled kadhal by Naa Pichamurti, the other founder of new Tamil poetry movement.

At the beginning Naa. Pi. And Ku.Pa.Rajagopalan wrote poetry in prose form which they called ‘vachana kavidhai’. Kaa. Naa. Subramanyam who gave the manifesto of new Tamil poetics, initiated the movement of new poetry, and wrote tremendous poetry in verse form, which proved creativity that always meant exceeding or going beyond tradition.

Kaa. Naa. Su made following four points as basic proposals for both new and old poetry in his manifesto.

1) Does the word combination (of the poem) echoes in the mind and than in the heart.

2) Life always has been complicated for man in all times. Good poetry – shows the complications of life in each and every time period. Does the new poetry show today’s life complications?

3) Whether the poetry at the beginning is complex - Just like today’s life complications and puzzles that is incomprehensible - and whether it makes sense or an understanding as you go on reading it.

4) Whether at least a line of the poem appears in the mind on its own accord suddenly with no apparent reason when you wake up In the middle of the night and gives newer meanings?

The poetry that answers ‘yes’ to all the four questions can be determined as good poetry, wrote Ka.Na.su.

These simple poetic ethics brought out the space for literature. The new format provided the free flow freedom. Around the time C.Su. Chellappa, editor of the literary magazine ezhuthu, which started coming out just then, took to it and started publishing new poetry in a new and experimental format laid out by Kaa.Naa.Su and Naa.Pi as well as his own.Along with New Tamil poetry new Tamil literature too appeared.

Following this, many new poets emerged in Tamil. A first generation of new poets came to be known via this magazine. Shanmuga Subbiah, Narano Jayaraman, T. S. Venugopalan, Pasappal Rajagopal, Nakulan, and S. Vaitheeswaran were some of the first generation poets who pursued the manifesto of new poetics expounded by Kaa.Naa.Su and others. Around this time poets like C. Mani, Pramill, Pasuvaiyah (Sundara Ramaswamy), Gnanakkoothan, Kasiapan and literary magazines such as Nadai (walk), Pragnai (consciousness), kachadathapara, Aqq (a letter in Tamil alphabet) and Zha (a letter of Tamil, one of the six medial consonants of Tamil) that published new poetry followed the stream that was later to be identified as core of the new Tamil poetry. They formed the cream of Tamil poetry at that time. Following the lineage, a few woman poets such as Ira. Meenatchi, Thirisadi also joined the new poetry stream. One of the main reasons of this renaissance in Tamil was English poetry. There was some influence from western/European poetry, particularly Walt Whitman, Pablo Neruda and of course Ezra Pound and T.S. Elliot.On the line came new literary magazines such as virutcham, kalachuvadu, uyirmai and so on that have been coming out now and continues with poetry…

Pudhukkavidhai that began as a new literary movement, with a new format, has not abandoned the traditional grammatical versification form entirely but the verse form was modified and reconstructed in different order. Meters of poetry has been changed and surpassed and in some instances even exceeded the traditional prosody of verse form. Rather than rigid repetitive sets of grammatical matras, different kinds of experimental meters developed.The meters were contracted and extended in accordance to the content of the poetry, re-arranged in different sets of meters. This freedom came, but demanded depth to the poetry, for the free will or the free flow freedom it acquired for going beyond traditional format. Depth which by now became a central rule of new Tamil poetry also included innovation, new outlook, thought, austerity of words, seeing things as it is, and multi faceted aspects of society and as well as living itself. More than anything else, contemporary life and return to nature has been some of the main themes of new Tamil poetry.The renewed zeal continued until the end of the century, with a third generation of genuine poets such as Brahmarajan, Anandh, Devathatchan, R. Rajagopalan, Athmanam and Sha Ha took the poetry form, content and all, to different dimensions which is very unique with a blend of philosophy and nature. Until then the core Tamil poetry movement was evolving.

Simultaneously there appeared a cascade of poets and poetry schools, many of which later on faded into oblivion, because of their romantic, idealistic and political notion and outlook of life. Their lack of understanding about the nuances or the new matrix of new poetry and its format also contributed for their disappearance.At the beginning Academics were tentative and later on took to the evolving format of new Tamil poetry without any understanding and some of them even wrote poems, imitating the superficial format, finally ended up writing pulp poetry that led a few of them to cinema lyrics. By the same token Film lyric writers too took to pudhukkavidhai, used the new format in their lyrical endeavours. Political outfits and Dravidian parties used this new format for their own ends.

After initial dithering over the new poetry form, soon pulp and popular Tamil journals started publishing poetry in the feeble diluted form, where mere piling up of lines with a couple of words each without substance, have been published as poetry, and is being published now.Today every magazine, every journal, big and small, gives a prominent place for poetry (of their own interpretation) in their respective pages, of course with some illustration accompanying around it. All these are the outcome of the pudhukkavidhai movement set in motion by Kaa.Naa.Su and others. All these and much more...

And now, woman poets like Perundevi, Latha Ramakrishnan, Brinda, Leena Manimagalai, Malathi Mythri, Uma Maheshwari and many others too emerged with their own individual schemata on poetry (some of them feminists) but knowingly or unknowingly based on the format of the pioneers.

Layer after layer new Tamil poetry grew and formed itself into many variations and imitations as well in both popular Medias and in the core poetry movement itself.The works of most of the third and fourth generation Tamil poets who came to write and at present writing poetry in Tamil literary magazines, beginning from 1990s until now is yet to be ascertained. One may even wonder whether the number of poets exceed poetry readers.

Now, after fifty years, at this time of golden jubilee a question may be posed as of to where Tamil Poetry stands today?What is happening in new Tamil poetry, which began as a movement?Has it lost its cause?Has it turned democratic?Does it need one more renaissance?Revival?These are the few questions for which answers have to be found.

To evaluate fifty years of New Tamil poetry movement, to determine the course of poetry being written by new poets at present, what the Tamil poetry needs more than anything else now is, criticism, which should be more serious and could distinguish real poetry.

The right criticism could lead to right answers.

i felt very happy to read the essay tracing the history of Neo-Tamil poety and also the translations of Ra.Srinivasan. They are quality translations.

I have always felt to note that the significant contributions of your goodself and also of fellow-poet Ra.Srinivasan to the enrichment of Neo-Tamil Literature have not been given their due recognition.

i felt very happy to read the essay tracing the history of Neo-Tamil poetry and also the translations of Ra.Srinivasan. They are quality translations.

I have always felt sad to note that the significant contributions of your goodself and also of fellow-poet Ra.Srinivasan to the enrichment of Neo-Tamil Literature have not been given their due recognition.